Starting in January, and continuing through Spring 2018, I will be at the University of Alberta in Edmonton as a Fulbright Research Chair in Arts and Humanities! No doubt I will have more to say about the adventure here.

A couple of weeks ago I had a first taste when I traveled to Ottawa for an orientation, along with fifteen other faculty awardees, plus three or four dozen undergrads—both Canadian students going to the U.S. and vice-versa.

Scholars in my field of interdisciplinary American Studies—with its name that Canadians and Mexicans dislike since the field has too often only studied the US—snark about how the Fulbright program has been aligned too cozily with contestable U.S. foreign policies. I agree that there is something to be said for this critique, in some cases—just as there is value in reflecting, in some contexts, on how university endowments rely on other forms of blood money.

But just as it is often better to stress the benefits of using inherited resources to fund education rather than, say, prisons, or to commend universities if they support critical race studies instead of sports marketing—likewise I feel pretty good about what Fulbright has tried to accomplish. This has always included an emphasis on going into the world to learn something—to exchange knowledge and built constructive relationships—as opposed to simply being a pawn of U.S. power.

And of course I am grateful for the support for my project.

I will return to all this later. But enough throat clearing, and back to the conference in Ottawa. It was a thoroughly energizing trip to a lovely place, with interesting and inspiring people. I was proud to be among them. 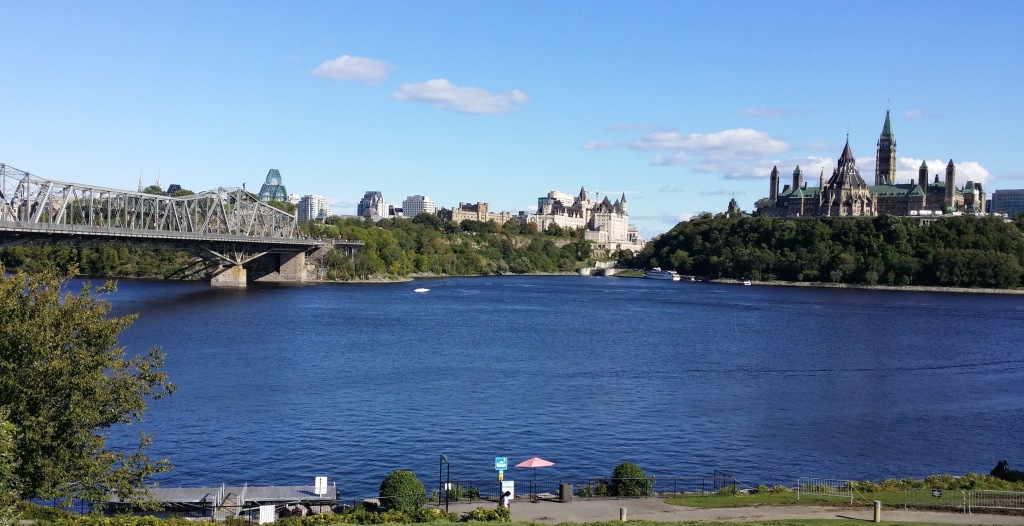 A tradition at the climax of the orientation is to participate in a hockey game, complete with an Olympics-style pause for the two countries’ national anthems. I played my geezer card and decided not to risk my knees —instead I competed in a Canada trivia contest and won some Maple Leaf mittens—but I did don a jersey for a group photo. 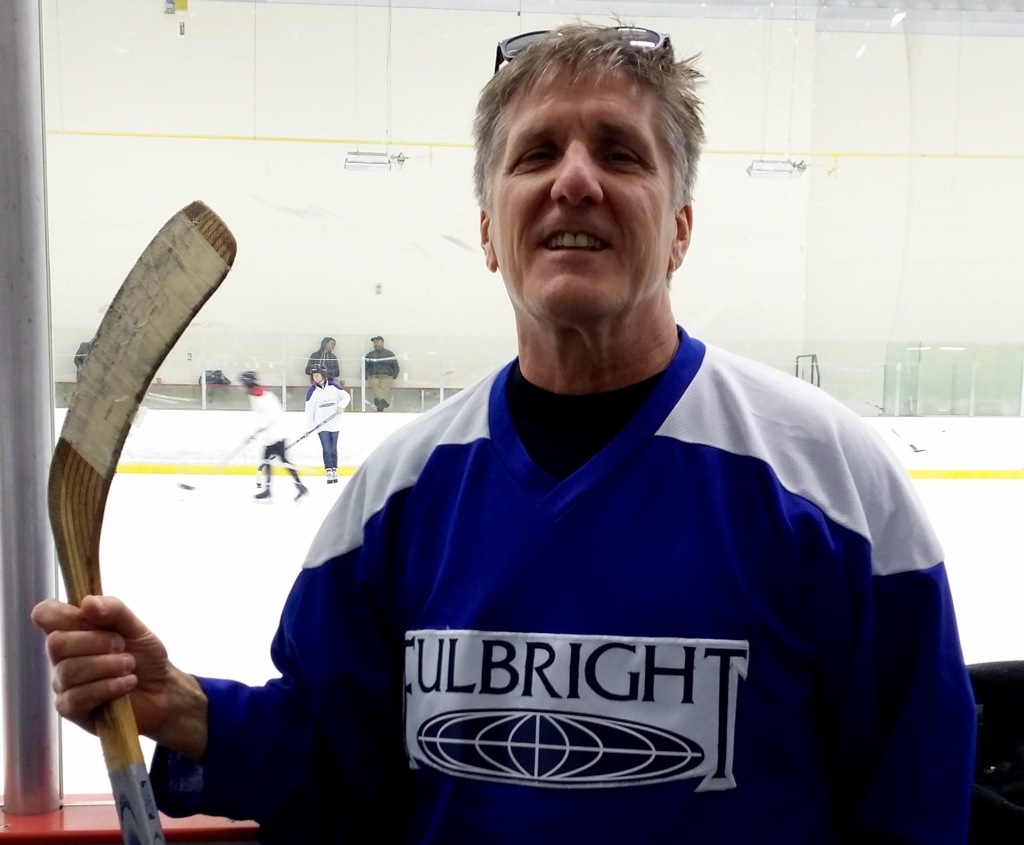 At this point the question arose: should I take a knee for the national anthem?  It is not that I am afraid to do such things—I have sat for the anthem in hockey crowds that were far more intimidating than a group of liberal academics—but it seemed that disrupting a ritual by our generous Canadian hosts to protest trigger-happy cops in a different country was not the clear messaging required.

What interested me more in this moment was my response to “O Canada,” the Canadian national anthem. Who would have thought it would move me to hear of the “True North Strong and Free” or sing “True patriot love in all thy sons command?” (If you can’t imagine this, click here or here.)

Of course most music stacks up well against “The Star-Spangled Banner,” even if one can stomach its words. (My spouse tries to convince me that phrases like “land of the free” in the US anthem and “liberty and justice for all” in the Pledge of Allegiance can be uttered in good faith by treating them as counter-factual expressions of hope, somewhat like praying “thy kingdom come” in the Lord’s Prayer.)

Maybe some people I will meet in the spring will have similar ambivalence about “O Canada” as mine with the U.S. anthem. It is not as if Canada has no current problems or past legacies of settler colonialism.

Still I think I was responding to the energy of the brilliant young Canadian students at the conference. They seemed so proud and hopeful about their country, at least in relative terms: its social safety net, its real (if incomplete) progress on multicultural and racial justice issues, its hip young Prime Minister who can speak in complete sentences—all of these extremely impressive compared to Trump’s U.S.

I have rarely felt any such pride or hope for my own country. I was eleven years old in 1968, and most of my life since then has been a series of steps disillusioning me about the ideals of democracy and “justice for all” that I was taught as a kid. Maybe when Obama was elected there was a small spark of hope, at least in the sense that we had an opening to turn a corner. (My current students have almost no memories before Obama—and they’ve had a steady diet of scurrilous anti-Obama propaganda.) But Obama’s huge compromises bred cynicism about his rhetoric, and now, under Trump, there is a real fear that we will shrink the rule of law to a vanishing point.

Anything else to be proud of? Bernie Sanders’ surprising success gave me more hope than I otherwise would have had. I felt a surge of pride and joy last summer outside Lincoln Center, as a thoroughly multi-racial crowd of all ages danced in pure joy, in a public space, to a state of the art Afro-Cuban band. That implies state of the art, within in the history of all music, period! For a minute it made me proud to be an (US based) American.

But these are exceptions that prove a rule. It sucks to have thoughts like the following crossing one’s mind: that at least if Trump declares martial law next spring I will be in Canada to apply for asylum. Of course I realize that this likely overdramatizes: Trump may be more like Berlusconi than Mussolini, plus if an old white guy like me needs asylum, it will be deeply alarming to think about how much trouble others would be in first. But Canada has been a place for U.S. refugees before, in slavery days, and it is the place where refugees go in The Handmaid’s Tale, which I’ve been teaching this fall. At the least maybe we can learn something from Canada even if we avoid worst-case scenarios.

MBE standard notice: The time I spend on this blog is not in addition to a Twitter and FaceBook presence, but an alternative to it.  If you think anything here merits wider circulation, this will probably only happen if you circulate it.

One thought on “Heading for the “True North Strong and Free””